Yep, we have a problem.

There’s a teenager in the house.

And because, overwhelmingly, the response to an article I wrote for WhatToExpect.com was “Read Masterminds and Wingman by Rosalind Wiseman,” I bought the book and have been reading it.

I think I’m not supposed to ask my teenage son direct questions. At least not about school the minute he gets into the car. On that I’m fairly clear.

I’m not sure if the same applies when I’m picking him up from a social event.

And I haven’t read all of Masterminds and Wingmen, so proceed with one eye opened. And keep the other eye on your delicious toddler who is right now pulling on your pant leg and sucking on zwieback while you try to read. Know that one day, this too will be your life.

“So, your brother had a really fun time at his party.  He told me he played violent video games.” I start with this nugget as soon as the host closes the door behind us.

See what I did there? I am talking to him, but not about him. And I’m speaking his language. The language of video games. Also, I don’t know if this is right or wrong. But we’re in it together now, so just roll with me.

“Violent video games? Hmm. I’ll have to get to the bottom of that,” he replies.

“It’s disturbing to me, but he seemed excited about it.” Because duh. Violent video games are fucking disturbing.

We cross the quiet street side by side and he slides into the passenger seat of my car. At 5’8”, Waldorf is three inches taller than I am. Unless we drive somewhere as a family, he has permanently staked his claim to shotgun until he graduates to the driver’s seat.

Wait, am I even allowed to talk?

I haven’t read that far in the book yet.

You see, I want to read the entire book, but FOUR KIDS.

He breaks the silence with, “Speaking of violence, I almost got violent.”

“No. At the party,” he says matter-of-factly.

Well, now I’m going to make some extra turns and go home the long way. Because what the hell is this?

“I’ll tell you what happened. One of my friends was acting…out of control,” he is casual, but out of the corner of my eye, I notice he is flexing and unflexing his fingers as he speaks.

“Define ‘out of control’,” I say in an award winning attempt to keep the alarm out of my voice. Despite the fact that my throat is closing.

“Like a dog without a leash,” he replies without hesitation.

B.That’s quite a metaphor for this particular boy.

“Exactly,” he says as though he has illustrated his point clearly. Game Over, Mom. Discussion Closed, lady.

“Well, some dogs are OK without leashes. Like Josephine who walks across the school playground? But other dogs always need to be on a leash,” I point out.

I can’t see him in the dark, but I don’t need to to know that he is rolling his eyes as he turns to address my profile, “Josephine, if you remember correctly, attacked another dog on the playground last year. You saw it with your own eyes. Which proves my point.”

“My. Point. That all dogs need leashes.” Again, duh.

I am so confused. Was there a dog at the party? Two dogs? Was his friend acting like a dog towards the girls? Pantomiming a four legged animal? Or acting like a metaphorical dog in a sexual manner?

“So, what does that mean in human terms? Being a dog without a leash?” I ask.

“You know what it means,” he fires back.

“Does it mean he was disrespectful? Was he inappropriate? Was he destructive in someone else’s home?”

“I don’t have time for specifics. You know what it means,” he snaps.

What Would Rosalind Wiseman Do?

“What do you think I think it means?” I ask. It sounds like something a psychiatrist might say. I don’t know whether that’s a stroke of genius or the kiss of death. But it’s all I have.

“Oh, it means what you think it means,” he says.

“What do you think it means?” Again with the shrink speak.

“What I think is different from what you think. But in this case, we’re both right,” he shrugs.

“Yes,” he crosses his arms and looks out the window.

He interrupts my frantic thoughts, “Listen, when someone is out of control, there is only one thing that can happen, and you know what it is.”

“Can you give me a hint? Because I feel really tired in my brain and I don’t know the one thing that can happen when someone is out of control.” Help me. For the love of god, help me.

“All you need to know is I handled it,” he replies.

“Did you handle it properly?” I ask.

“I know how to handle these things. I handle them all the time. It falls on me. And so…I do it.” 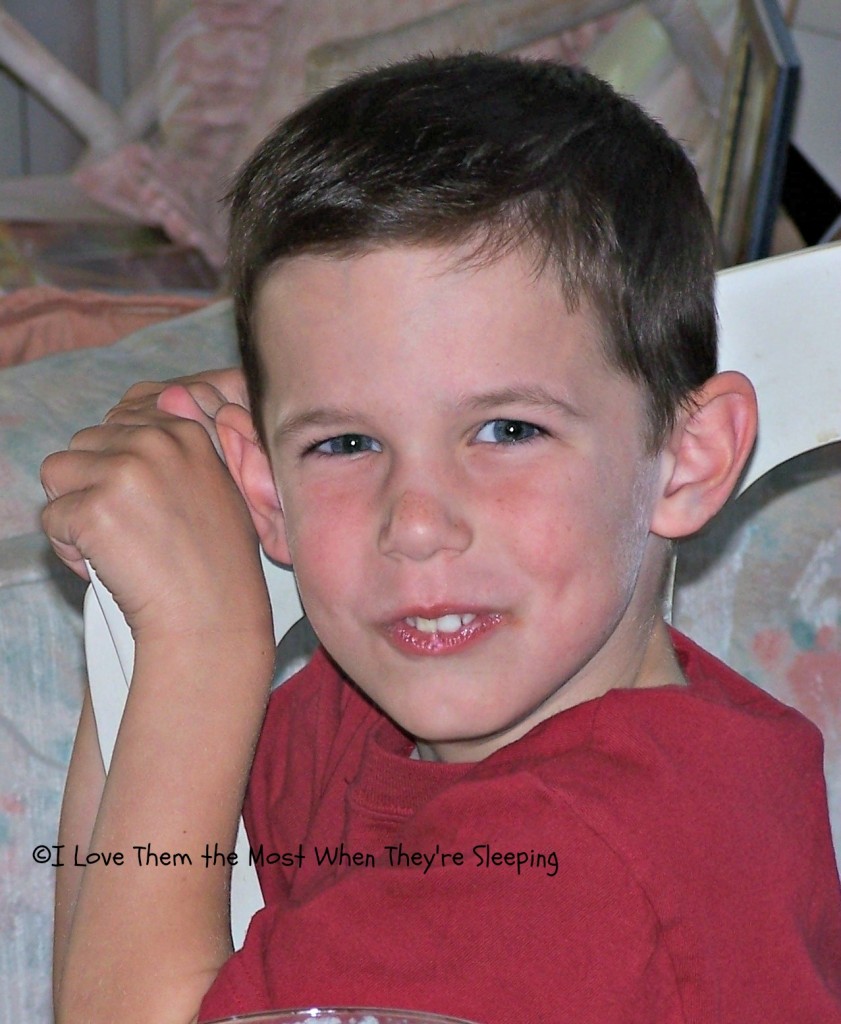 Don’t worry, Ma. I handled it.

Now the moment I publish this, I’m going to get a barrage of texts from my Mom friends. “Spill it. Who is the dog without a leash? You’d tell me if it were my son, right?”

Who it was and what happened are inconsequential.

There is a much bigger issue here.

CAN ANYONE DECODE THE FUCKING CONVERSATION I HAD WITH MY 13 YEAR OLD SON???

We had a serious conversation. It appeared he felt that he needed to get it off his chest. And I love that he knew he could tell me.

But I am so very confused.

Later that night, after we send Waldorf to bed, B&B catches me digging through the bottom of a Lucky Charms cereal box.

“You don’t eat that cereal,” he says.

“I’m not eating the cereal. I’m looking for the secret decoder ring at the bottom.”

I relay the exchange I had in the car to my husband.

He laughs and remarks, “Good for him. Handling it.”

OMFG. Not him too.

“You’re not helping me. What does that mean?” I ask.

He shrugs, “I don’t know. Did he duct tape the dude to a chair or something? Pull him aside and tell him he was acting like a dick?”

I wave my hands frantically in front of me, “I don’t know! I need you to get to the bottom of it. I am so confused. He sounded like Luca fucking Brasi in the passenger seat of my car! But I’m not Don Corleone. I’M KAY!”

He smiles, “He’s figuring it out. Maybe that’s all you need to know. He had a conflict and he feels like he resolved it on his own. It’s OK for you to be Kay. Plus Luca Brasi is the enforcer. Which is bad-ass.”

Because Kay is the single most annoying character in The Godfather.

Even worse, Luca Brasi sleeps with the fishes.

The good news is, I heard Rosalind Wiseman speak at my kids’ school last night. And she was fantastic!  I’m going to see if I can get a hold of her email address. Then I’ll ask her to do me a solid and clear this mess up.

In the meantime, I’ll keep reading.

Because I could really use that decoder ring.