I love having no schedule.

I hate having no schedule.

The minute a stranger tells you, “Your children are so well behaved,” is the instant they show their true colors and make a liar out of that stranger.

When I take the kids to Walmart, they will play hide-n-seek.

If there is a knock on the door, it only comes when I’m not wearing a bra.

When I take the kids to Costco, they will play hide-n-seek.

Legos are dangerous. They should be played with in a home where shoes are mandatory.

When I take the kids to the Acme, they will play hide-n-seek.

Neil Diamond is better in concert at 71 than he was at 51.

When I take the kids to Target, they will play hide-n-seek.

Making recipes I’ve pinned to Pinterest is a pipe dream. 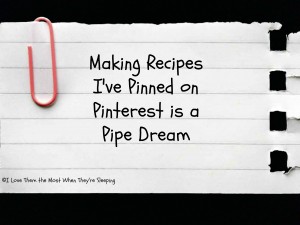 There is absolutely no reason to consume ice cream every night. Which is precisely why I eat it for lunch some days. You know, to mix things up.

When there is a glass of liquid on a flat surface in my house, my 3 year old’s elbow will be drawn to it like a moth to a flame. My reaction:

Week 6: “Again?! From now on, if you’re thirsty, drink straight from the goddamn faucet!”

There is nothing wrong with splitting an entire bag of Sun Chips with 4 children and considering it a healthy lunch for the 5 of you.

A fedora can stay on my 6 year old’s head while he does flips in a pool. Underwater. It’s no wonder that the fedora is Indiana Jones’ hat of choice.

When my husband and I are spitting distance from the Phillies dugout, and 2 females wearing infants stroll down the stadium steps, they will inevitably sit in the empty seats directly in front of us. And obstruct our view by bouncing said children on their laps the entire night. And ask my husband to take pictures of them with their babies. Every inning. And shriek repeatedly, “Aren’t they the cutest babies you’ve ever seen?” And we’ll agree. Until the 7th inning, when my husband finally answers, “Actually, they’re not nearly as cute as the 4 kids we left at home. Where they belong.”  Never prouder, I will turn to him and announce, “Honey, you’re getting lucky tonight.”

Down in front, baby!

A chipmunk can play dead convincingly enough that my cat buys it. That same chipmunk can wait until the cat turns his back, then wink at me to let me know he’s still, in fact, very much alive.

When my husband announces to me on a Monday morning, “Oops, I forgot, I have a golf outing today. I probably won’t be home until after 10PM,” I’m going to need some time to digest that information. I’ll probably need to sit in a corner, hug my knees, and quietly sob. Don’t judge.

I don’t really like crab fries. Unless they are dipped in cheese. This is a discovery I didn’t need to make.

Parents whose kids are attending sleep away camp are easy to identify. They are either the adults who look tan, well-rested, and supremely happy…or they are the adults who see me with my 4 kids and proceed to laugh and point at me. I wish each of them a peaceful summer. And the pointers…I wish an unplanned pregnancy. May you be blessed with twins.

Perler beads…like pine needles from a Christmas tree…can be found months after cleaning them up.

Boot camp on the beach sounds great in theory. It’s a nut punch in reality. A sweaty, sandy nut punch. And I’ll still eat the donut that’s waiting for me on the kitchen counter when I get home. How could I not? It’s still warm. For. The. Love. Of. God.

The $1 movie at Regal Cinemas on Tuesday and Wednesday mornings is the best deal out there. When there are 3 busloads of camp kids in line ahead of me, I grab my youngest child and urgently yell, “He has to poop! We need to get to the bathroom…he has to poop!” I cover his mouth with my hand before he rats me out. Race to the front of the line. Then sneak into the theater first. For 5 glorious minutes, my kids tell me I’m as cool as their Daddy. Totally worth the scene I made in the lobby.

When the guys fishing on the beach pull 4 foot sharks out of the ocean, one after another, for over an hour, there’s no need to avoid swimming. Even when you have your period. Don’t ask. Just trust me. It’s perfectly safe to go into those shark infested waters.

A cat is able to launch its body at a closed, locked bedroom door so violently that the door swings open. It sounds very much like a cannon firing from the hallway into your bedroom. And it only happens at 5AM.

When I take the kids to the mall, and Party Rock Anthem begins playing over the speaker system, they will immediately form a straight line and bust out the moves to  Dance Party 3 in perfect synchronicity. Strangers will mistake this for a flash mob and snap pictures with their iPhones and post them to FB and Twitter.

When I clap my hands and relay the news, “Guys, Mommy’s piece made the Huffington Post!” like I did here, here, and here, 4 sets of eyeballs will stare at me blankly. Then one of them will pass gas, and a game of “who farted?” will ensue.

The library shouldn’t put out games for small children. Because my 3 year old will play the game, then fist pump and yell, “YES! I WINNED!!!” Forcing my 10 year old to yell, “BE QUIET!” To which the 3 year old replies, “YOU BE QUIET! YOU’RE NOT THE POLICE OF MINE EYEBALLS!” So my 6 year old chimes in with, “BOTH OF YOU, STOP FIGHTING!” The 3 year old and 10 year old then take it to the ABC rug in the children’s section. Naturally, the 6 year old screams, “STOP FIGHTING! MOM! THEY’RE FIGHTING!” My 9 year old will continue to play his DS as though he were in a trance. And my attempt to hide behind the reference books until the entire thing blows over will prove unsuccessful when the 6 year old finds me and inquires, “Mom, are you hiding on that bookshelf?”

If you take 4 kids to a self serve frozen yogurt store, even after you say, “do NOT touch ANYTHING,” not once, not twice, but three times, the oldest will think he’s “helping” by serving himself. He will in fact over serve himself, and his yogurt will cost $9. Not to be outdone, his 9 year old brother will serve himself while I am chastising the 10 year old. His yogurt will cost $9.15. And when the 9 year old discovers he’s chosen original tart flavor instead of snickerdoodle, his punishment will be to eat all $9.15 worth of it. And he will man up and do it. And I will swallow back tears of pride and think, “Well, now. That’s my boy.”

There’s nothing like spending a hazy afternoon at a friend’s pool with my kids. 11 kids, 6 on giant rafts, laughing, swimming, splashing…the quintessential summer pool party. We parents marvel at how our children are growing…not yet teenagers, but no longer our little boys. We take time to swallow over the lumps in our throats and tell one another how lucky we feel that our kids are friends. And that we, in turn, have become friends.  I go home on a day like that feeling like life is good.

I wake up the next morning to the news that an armed man has walked into a movie theater in Colorado and opened fire on the audience. People are dead. More people are injured. Witnesses are traumatized. The country is in shock. I am tasked with telling my older children. My job is to find the right words. Words that will educate them. That will instill just enough fear to be cautious. That will provide just enough comfort to feel protected. Words that, once spoken, will hinder their belief that the world they live in is a safe place. I go to bed after a day like that feeling like life is not always so good.

I spend the first half of the summer hoping that the men in power surrounding Jerry Sandusky didn’t really know. Sandusky is sick. He’s broken. But the men in power around him…none of those men was sick. I spend the first half of summer hoping that, had they known, they’d have put the welfare of innocent children above everything. Innocent children. And my heart breaks just a little bit upon hearing that they knew enough. Yet they failed to act. And again, it’s my job to tell my older kids. To find the right words to warn them that monsters like Sandusky exist. To encourage them to trust their instincts when something or someone doesn’t feel right. To expect them to comprehend that the men surrounding this monster had an opportunity to be better men…but didn’t take it. To remind them that these men have families who are now devastated and suffering. And to teach them that these families deserve sympathy…understanding…privacy…peace.

May the last of our summer be filled with little lessons. Snapshots in our heads of perfect moments with our children.

*An abridged version of this piece appeared in the July 24th edition of the Huffington Post. It ran in the Parents section under the title “Snapshots of Summer, Halfway Through”